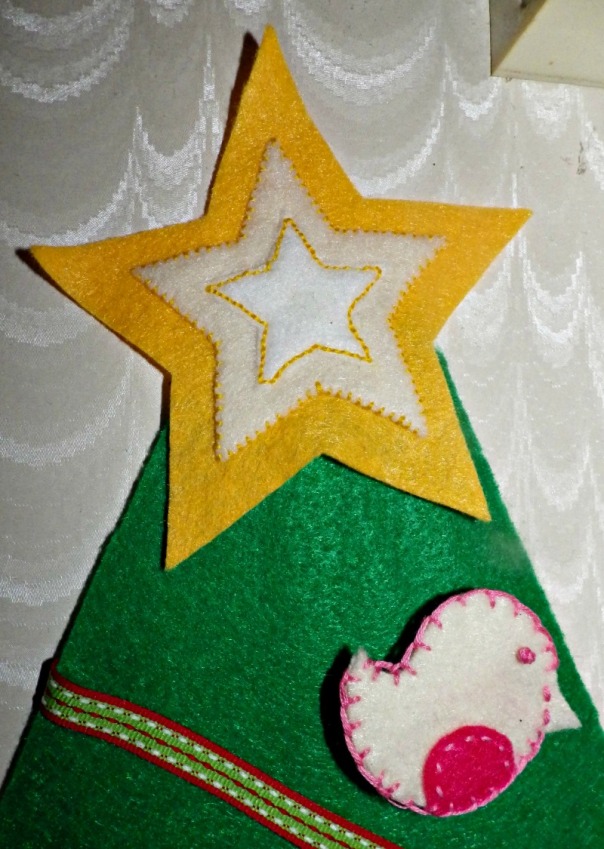 Since today is December 1st, I am leading off this post with our first ornament on the tree – the first one I made over two weeks ago. It is perfect in its spot at the top of the tree, right by the Christmas star. 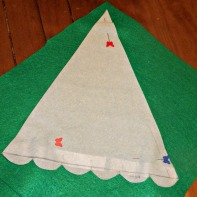 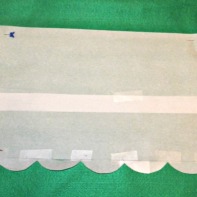 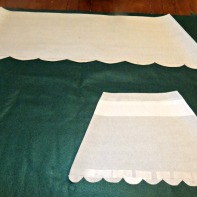 Second from top and bottom piece

First of all, I had two 1 yard pieces of felt, one in dark green and the other in hunter green. I placed and cut out the pieces with a pair of smaller fiskars – one of my daughter’s school scissors was perfect for that! 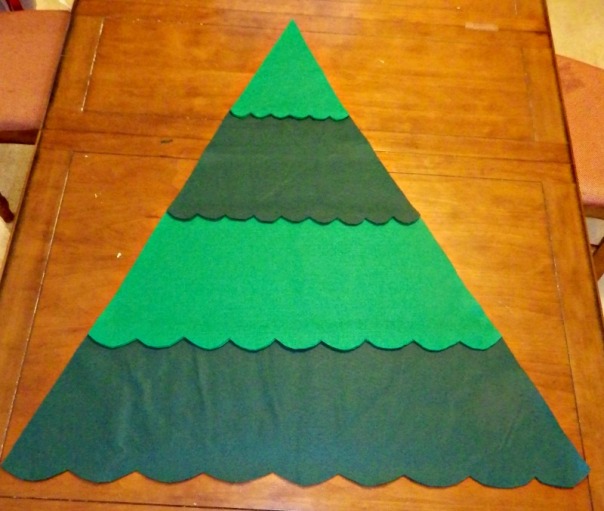 All cut out!! I think it looks pretty – but I may be biased! Yes, it’s still a triangle, but I think the bounces help break it up a bit. 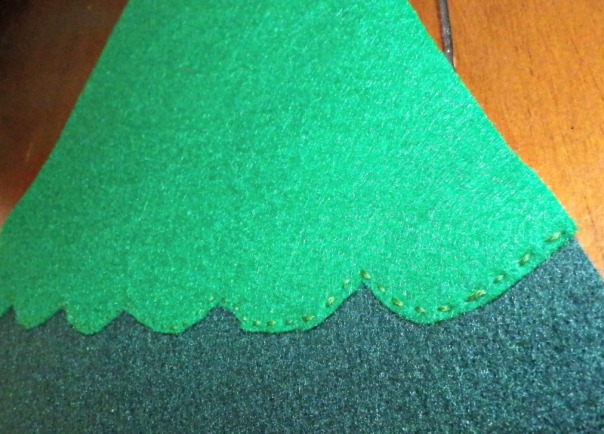 I decided to sew the pieces together with a simple running stitch. Worked out quite well!! 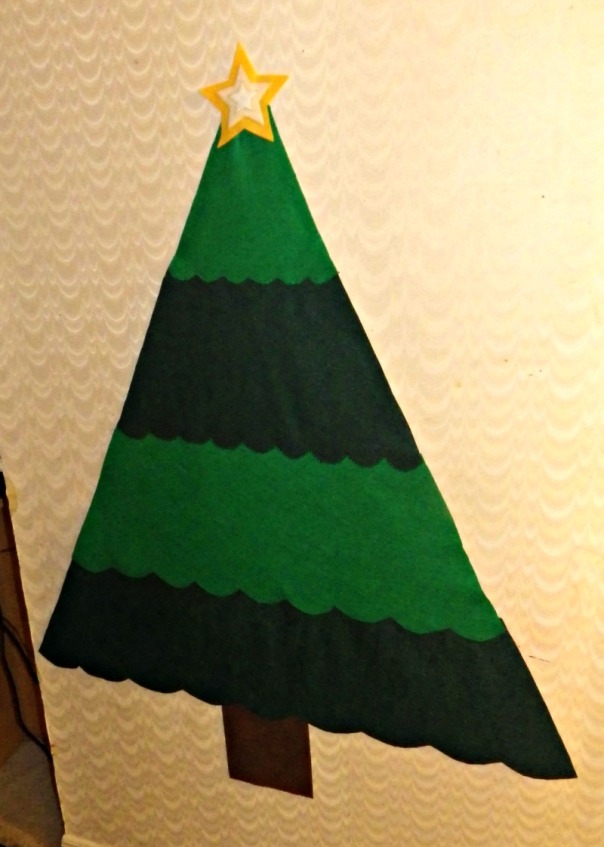 I added a Christmas star, the pattern for which can be found here: Printable Star Pattern and for a while I decided that it was done. 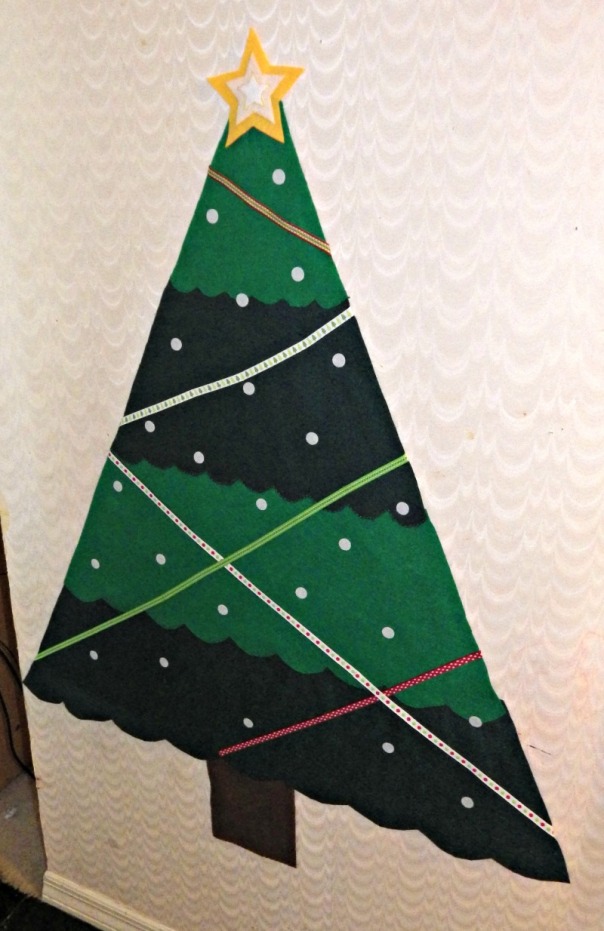 But after sitting and contemplating it for a while. I decided that it needed some further decorations, so I added some of the craft ribbons I found at Target in the dollar section. I adhered the ribbon on with craft glue dots. The white dots you can see all over are  velcro dots – their mates are now stuck to the back on the ornaments. 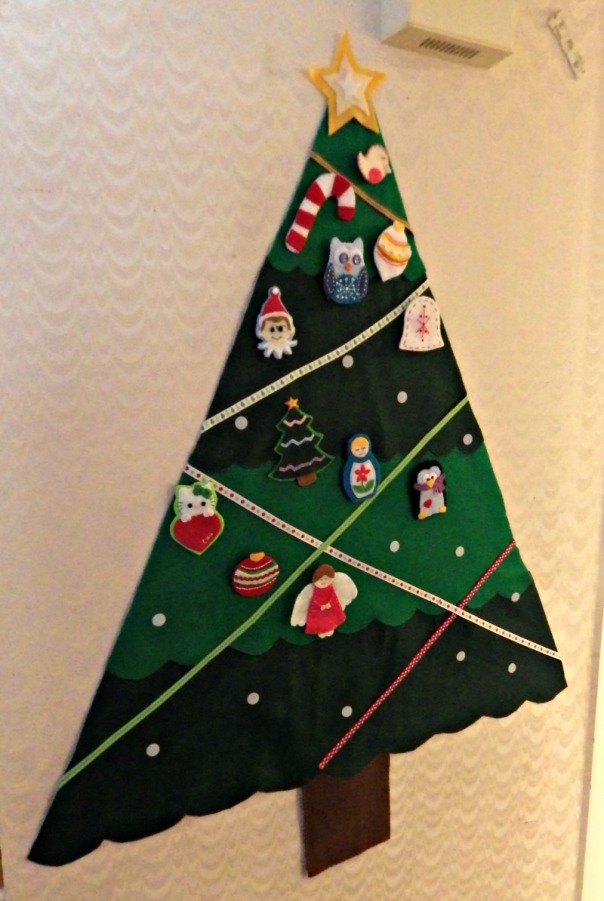 Here it is, mostly complete. I am still working on the ornaments as we speak. I have a Peppa Pig ornament and a Sheep ornament in the works, and I hope to have them completed by tomorrow afternoon. I also raised the Advent tree up about 1/2 a metre, as my youngest two were overly obsessed with pulling things off. Which is not too much of a worry, but it would be nice if they don’t destroy it within hours of it being put up 😉

Busy mother of five daughters, I baked and craft as a way to relax. I enjoy crochet, bread baking, cookie baking and anything to do with re-purposing oreos.
View all posts by anasilanishtar »